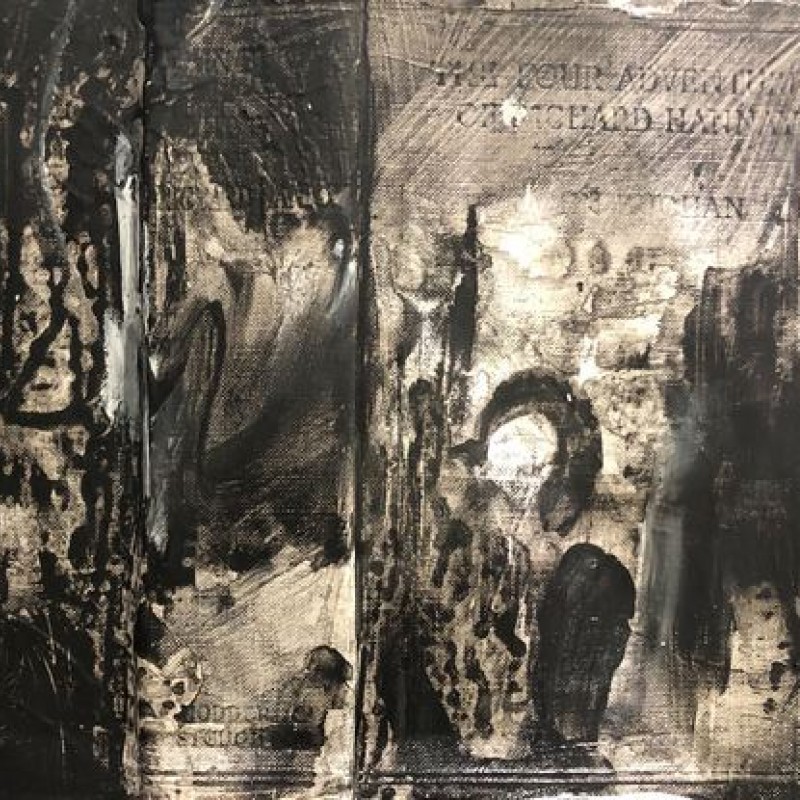 Neil Nieuwoudt in collaboration with the Labyrinth Project is editing a new body of work for exhibition in Studio 6 on the second floor. We will keep you updated as we approach an opening date.

An introspective dialogue is inevitable when encountering Nieuwoudt’s works. His visual translation of asemic writing allows for the type to become objects and figures in their own right that will certainly impose associations with viewers.  Asemic writing is defined as:“….a wordless open semantic form of writing”. The word asemic means, “having no specific semantic content,” or “without the smallest unit of meaning”. With the non-specificity of asemic writing there comes a vacuum of meaning, which is left for the reader to fill in and interpret.  Letters, symbols and language define our way of seeing and / or translating the world around us. It also defines how we respond and interact with each other and our surroundings. For Nieuwoudt, language and ideas are similar to viruses that jump or transfer from host to host via contact. Similar to how ideas about religion, dogma, political belief or stance and most diseases spread.  For Nieuwoudt’s work, what becomes crucial in this context is the concept of transferring and sharing ideas and exploring the very nature of language and the various forms thereof. What is the value of language and how much of our conscious every-day lives does it affect and “build or construct?”. One could look at how the mass media use it every day (such as, iconic logos and names of big brands like Coca-Cola and what that conjures in the mind and associations with that).

Applying a non-semantic ‘text type’ through asemic writing as visual form already alters and adds meaning to an otherwise type of arrangement that is open for interpretation.  Conclusively, Nieuwoudt holds firm that, “asemic writing and asemic painting for me are experimental meditations on language, form and meaning. They represent an intangible part of life which originates from a subconscious space within which is indefinable but not without meaning. It is the use or combination of indefinable symbols – an indefinable language to create form, which gives birth to a feeling which thereby creates a function”.