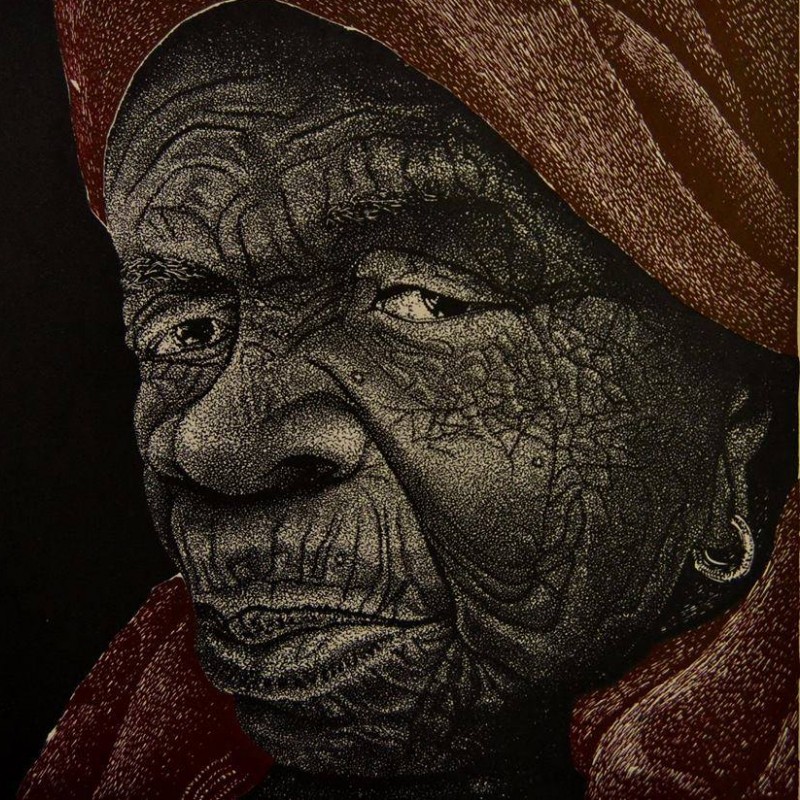 Mathonsi was born in 1987 in Soweto. He moved to the Venda in 1990 to Ribugwani in the Limpopo. He completed his high school education in Akani High School. In 2011 he moved to Johannesburg and enrolled at Intec Collage to study Architecture. In 2012 Mathoni enrolled at the Artist Proof Studio to study printmaking. He has specialised in lino reduction. In 2017 he plans to enrol for his fourth year at the Artist Proof Studio in Johannesburg and pursue a career as an artist and printmaker.

His body of work pays a tribute and homage to the many women who raised him. He grew up in a rural area called Ribugwani in Limpopo and was raised by the elderly women in my community who became his grandmothers. Under their guidance they taught him about Tsonga values and culture and how to be a Man.
The body of work consists of large scale portraits of these individual women to emphasise their importance in his life and within the community. The portraits are very detailed and show the elements of time, age, history and knowledge evident in the lines of their faces.

The large portraits confront the viewer to acknowledge the huge role these woman play in raising children, which is often not recognised in our society. They are humble woman elevated to an important status through his mark making and the pattern pays homage to my Tsonga roots. Justice Mathonsi sees this body of work as a record of his family tree.